See Me, Hear Me, Include Me: Improving Disability Workforce Participation in the Australian Public Sector

See Me, Hear Me, Include Me: Improving Disability Workforce Participation in the Australian Public Sector 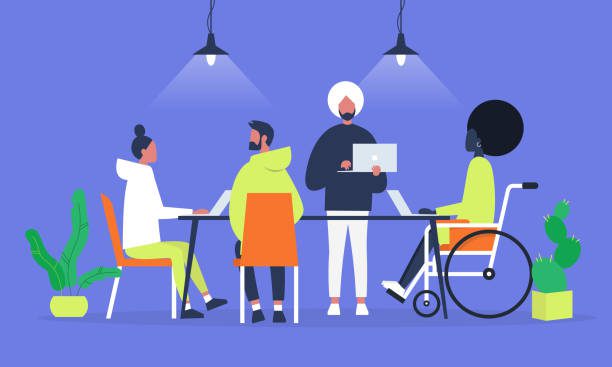 Employees with disabilities are an underrepresented segment of the Australian workforce. In 2018 alone over 4.4 million people (that’s 1 in 5 people in Australia) had some form of disability. Nearly 2.1 million of those were of working age (15–64 years).

Why are Federal and State governments failing?

Targets have been set by governments federally and in each state to improve disability participation in the Australian public sector. Unfortunately, all current targets are on track to be missed—both at the federal and state levels.

Reaching those targets would mean a more representative and inclusive culture, the ability to attract and support individuals with disabilities in the workplace and, ultimately more humane and fair policies for the communities they represent.

We see initiative after initiative, but the dial is not shifting. Can science help in how we approach diversity and inclusion initiatives, so they create lasting change in public sector culture, where individuals with a disability feel valued and included?

These are the three elements to understand:

The science of bias

One bias that affects people with disabilities at work is the “intergroup bias.”

Intergroup bias—a type of similarity bias—refers to the tendency for us to favour members of our own group (friends) in comparison to members of other groups (foes). This bias is incredibly strong and is rooted in our evolutionary history. You may have heard this framed as “in-group” vs. “out-group.”

People with disabilities may be negatively impacted by intergroup bias. Research shows that in-groups and out-groups can lead to prejudice and discrimination against minority groups, including those with disabilities.

How psychological safety effects speaking up

Creating a psychologically safe environment where everyone is encouraged to voice their problems, concerns and needs may be key to mitigating their challenges. It also gives us the freedom to be our authentic selves at work, so those with disabilities are more likely to disclose their status.

A psychologically safe environment becomes especially important when it comes to integrating new employees into the existing organisational culture. To ensure that newly-hired employees with disabilities remain in the workforce, it is important to empower new hires to speak without the fear of retribution or penalty.

Despite billions of dollars that have been allocated toward diversity and inclusion efforts, a lack of equity persists.

This is partly because those efforts often fail to instill a sense of belonging and inclusion in their employees—or, potentially worse yet, instill it for the short term before the culture reverts back to its old ways. When people don’t feel included, they leave. Diversity, thus, becomes a revolving door that fails to sustain a sense of inclusion and belonging.

Researchers have found that when we receive fair offers, we feel rewarded due to the activation of reward circuitry in the brain. In contrast, when we perceive an offer to be unfair, we tend to experience a reaction similar to physical disgust.

For example, when people have a sense of belonging to their organisations:

Understanding the key science can guide D&I initiatives to lean into bias, psychological safety and equity when looking to improve disability workforce participation.

In the next part of our series on Inclusion and Disability, we put the science to work with practical examples demonstrating how the science can improve disability participation initiatives. Watch this space.

To find out more about how Neuroscience can be used to address Inclusive Workplace Culture for Disability in the Australian Public Service download Bridgette’s research paper.

Bridgette is a Social Psychologist and expert in Diversity, Equity & Inclusion, Culture Transformation & Leadership. She has spent over 20 years in executive HR and advisory roles in the government and corporate sector.  Her experience is global, partnering with Ministers, CEOs and C-Suite on how to pivot, build capability & lead inclusive organizations that thrive in challenging environments. She developed patented technology for Employee Self Service with IBM, providing inclusive tech access for frontline workforces, recognized globally as ground breaking for its time. You can learn more about her on LinkedIn.