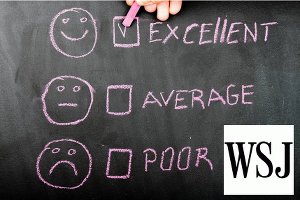 Big companies are starting to rethink how they do performance reviews. And that might do a lot to help their employees’ mental health.

In recent years, giants like Microsoft Corp. and Eli Lilly & Co. have dropped the standard model of performance reviews where an employee meets with a manager once a year and gets a grade. They’re moving toward setups where bosses and workers have frequent, low-pressure conversations about performance and expectations, and they’re ditching grades in favor of more nuanced ways to judge performance.

A deep effect
Companies have been debating and tinkering with performance reviews for a long time. Now, though, there’s science to back up the changes they’re making. In a 2014 paper in the journal Strategy + Business, David Rock, Josh Davis and Beth Jones, all researchers at the NeuroLeadership Institute, concluded that the very act of giving employees a rating jolts them into a “fight or flight” scenario—“the same type of ‘brain hijack’ that occurs when there is an imminent physical threat like a confrontation…”