Peter Glick is a psychologist who studies benevolent sexism — the paternalistic belief that women are pure, fragile flowers in need of men’s protection. Benevolent sexism, unlike hostile sexism, feels positive and well-intentioned. But Glick and his colleagues have found that it actually undermines women’s careers by excluding them from challenging assignments and depriving them of honest, critical feedback.

We reached Dr. Glick at his lab at Lawrence University, where he’s the Henry Merritt Wriston Professor in the Social Sciences, to ask him what insights he’ll be bringing to the NeuroLeadership Summit. 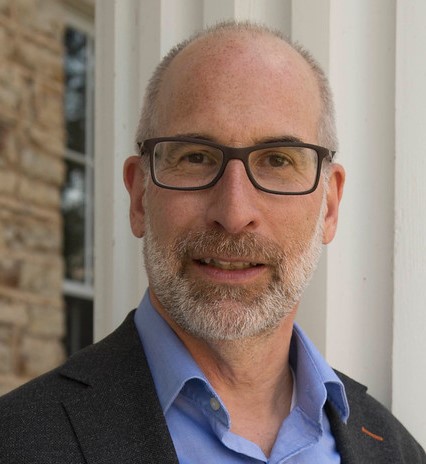 NLI: At the Summit you’ll be talking about your work on benevolent sexism. Tell me about that work.

Prior to our work, when you talked about sexism, people immediately thought about hostility toward women. I mean, that’s how we define prejudice. And sexism is a form of prejudice. Right?

Historically, and even today, men have more power and status. But they’re intimately interdependent with women, if they’re heterosexual. So this theory is rooted in the idea that heterosexual intimacy is part of it, combined with the power and status difference. I call this the “Central Gender Relations Paradox.”

It’s a very weird situation when you start to think about it! You’ve got a group that’s more powerful and has more status. And when groups have more power and status, they like to maintain their privileges and tend to view themselves as superior.

But at the same time, this powerful group is intimately interdependent on the subordinated group!

NLI: And what’s the effect of that?

The power difference creates hostile sexism that demeans women, but the intimate interdependence necessitates “benevolent” sexism, which is this paternalistic, protective attitude toward women. Because men are intimately interdependent on them. It’s basically, “Can’t live with them, can’t live without them.”

Benevolent sexism is this view that women are wonderful, pure, fragile flowers in need of men’s protection and provision and being cherished and adored.

There’s this classic Motown song that goes, “I would kiss the ground she walks on, cause it’s my word, my word she’ll obey.”

PG: We have some fantastic research that documents the many surprising and insidious ways in which benevolent sexism undermines women’s equality and undermines women — sometimes more than hostile sexism.

It’s harder to get a handle on too because subjectively it’s really nice. This is not some plot men hatched. It’s just the natural, almost inevitable outcome of this heterosexual interdependence coupled with the power difference.

We found that across nations, benevolent sexism and hostile sexism go hand in hand. They tend to go together. They’re not conflicted.

Hostile sexism and benevolent sexism go hand-in-hand. It’s the carrot and the stick. Hostile sexism is the stick. If you get out of line, the hammer comes down. But if you stay in line, we’ll take care of you.

NLI: Can you give me some examples of beliefs that characterize each?

PG: For the hostile sexism scale, there are anti-feminist items like, “Feminists are demanding too much of men,” “Women complain about things at work,” “Women use sex to manipulate men and gain power over men.” So that’s about all the “conniving” ways basically that women “try to gain power over men,” or the idea that women compete with men in ways that aren’t fair.

This is the modern version of hostile sexism. If it were 200 years ago, it would have been, “Women are incompetent and stupid.”

But things have changed, so hostile sexism now is subtle hostility in an environment where there’s more competition.

Whereas with benevolent sexism, you could translate it into Ancient Greek and Homer would have recognized it. It’s stuff like, “Women are more pure and moral than men,” and “Women deserve and need men’s protection.”

NLI: You were saying that hostile sexism and benevolent sexism go hand in hand.

But if you compare men’s and women’s scores on benevolent sexism, we don’t find as big a gap. Because benevolent sexism sounds really nice — and it is, by the way, subjectively positive on the part of men who hold these attitudes. They’re not being sneaky. Their mom told them, “Don’t ever hit a girl,” and, “You’ve got to protect women.” Romantic scripts tell them that!

Benevolent sexism and romance are very hand-in-glove too. So they’re feeling like, “Hey, I’m treating the ladies like they need to be treated.” It’s a very subjectively positive thing. Yet we find these objectively negative outcomes.

PG: Right. It’s “Women should be cherished and protected by men, do you agree or disagree?”

Women can say, “Oh yeah, men should cherish and protect women, for sure.” “Women are more pure and moral.” “A man needs a woman he can adore.” “He’s not complete without a woman.” Women can endorse that stuff as well.

I’m not real militant. In romantic relationships, you’ve got to figure out what you want. But when it comes to work, we’ve found that benevolent sexism is related to things like not giving women challenging assignments — because maybe it will be too stressful for them or too demanding.

But challenging assignments are how you get promoted! And how you develop your skills! Women often get softer feedback. It’s, “Oh, you’re so wonderful,” and often that praise is on more feminine dimensions, like “Clients love you because you’re so warm and nurturing.”

NLI: In what other ways does benevolent sexism undermine women?

NLI: Why is it that priming benevolent sexism impairs performance but priming hostile sexism doesn’t?

PG: Because when you’re faced with hostile sexism, it’s, “OK, these guys are discriminating.” It motivates rejection of those attitudes and motivational arousal to show people, “I can do it. You think I can’t do it? I can do it. I’ll show you!”

Whereas when you prime women with benevolent sexism, it’s all about how men will take care of you, and it undermines that reactance. It’s this soft blanket that’s thrown over you and it’s very hard to reject.

NLI: What can organizations do to fight all this?

PG: One thing is just educating people about these effects. That’s not enough by itself, but it’s a start. I think it’s meaningful.

Two, when you’re looking at evaluations where women are rated as being high in competence but low in warmth, you’d better start thinking about whether that’s really true.

NLI: What can leaders and managers do to avoid falling into the trap of benevolent sexism and undermining women?

So here’s the trick. I don’t know if you know about “wise mentoring,” the [Stanford psychologists] Claude Steele and Geoffrey Cohen stuff? Women and minorities — who traditionally have been cut out of certain jobs or areas — they are in a more vulnerable state because they don’t see people like them. They know people might have stereotypes. So it is important to affirm them. But you can affirm them without protecting them.

NLI: How do you do that?

So, first off, you affirm: “I am investing in you. I see you as developing your skills.”

You convey this growth mentality. [Indiana University psychologist] Mary Murphy has done research in STEM fields. Women pick up on it when their professor has this growth mindset as opposed to an entity/talent mentality like, “Some of you got it, some of you don’t.” If you have a growth mindset, and you communicate that? They thrive on that.

I tell my students: “When I give you feedback, I’m going to write more on your paper than you wrote. I’m not going to pull any punches. I’m going to tell you how I see it. The reason I’m doing this is because I am investing in you. Because I have high standards and I think you will rise to meet them. It’s not always going to be pleasant, but this is the aim, and it’s because I believe in you.”